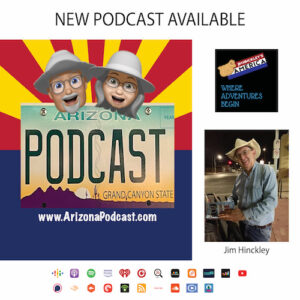 If we’ve learned anything in our lifetime of adventures, driving the backroads or hiking the trails… Pack it in – Pack it out! Most importantly, if you noticed someone forgot, pack it out for them! Chris & Mary
The Arizona Podcast is available to listen/download here and everywhere you download podcasts. Keep checking here or sign up for our newsletter to get up to date information on current and future podcasts. 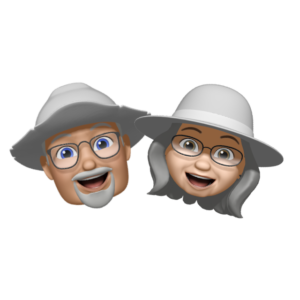 “Arizona Podcast” shares the travel adventures of Chris and Mary, longtime visitors and now, new transplants to Arizona who journey the highways and backroads of the Grand Canyon state. They hope the podcast will aid other transplants in discovering what Arizona has to offer. In addition to those newly arriving, it may help those that have lived here for years in either discovering or re-discovering these gems. Chris and Mary, along with their guests do their best to inspire curiosity to explore all of Arizona and what the state has to offer. From the largest city of Phoenix to the smallest town of Winkelman. From the Raptor Ranch & Bedrock City on the road to the Grand Canyon to Benson, Arizona to see The Thing, they will find it and talk about it.

Show Ideas
Wikipedia Information: Arizona is in the Southwestern United States as one of the Four Corners states. Arizona is the sixth largest state by area, ranked after New Mexico and before Nevada. Of the state’s 113,998 square miles (295,000 km), approximately 15% is privately owned. The remaining area is public forest and park land, state trust land and Native American reservations. There are 24 National Park Service maintained sites in Arizona, including the three national parks of Grand Canyon National Park, Saguaro National Park, and the Petrified Forest National Park.

Arizona is well known for its desert Basin and Range region in the state’s southern portions, which is rich in a landscape of xerophyte plants such as the cactus. This region’s topography was shaped by prehistoric volcanism, followed by the cooling-off and related subsidence. Its climate has exceptionally hot summers and mild winters. The state is less well known for its pine-covered north-central portion of the high country of the Colorado Plateau (see Arizona Mountains forests).

Like other states of the Southwest United States, Arizona is marked by high mountains, the Colorado plateau, and mesas. Despite the state’s aridity, 27% of Arizona is forest, a percentage comparable to modern-day Romania or Greece. The world’s largest stand of ponderosa pine trees is in Arizona.

The Mogollon Rim, a 1,998-foot (609 m) escarpment, cuts across the state’s central section and marks the southwestern edge of the Colorado Plateau. In 2002, this was an area of the Rodeo–Chediski Fire, the worst fire in state history until 2011.

Located in northern Arizona, the Grand Canyon is a colorful, deep, steep-sided gorge, carved by the Colorado River. The canyon is one of the Seven Natural Wonders of the World and is largely contained in the Grand Canyon National Park—one of the first national parks in the United States. President Theodore Roosevelt was a major proponent of designating the Grand Canyon area as a National Park, often visiting to hunt mountain lion and enjoy the scenery. The canyon was created by the Colorado River cutting a channel over millions of years, and is about 277 miles (446 km) long, ranges in width from 4 to 18 miles (6 to 29 km) and attains a depth of more than 1 mile (1.6 km). Nearly two billion years of the Earth’s history have been exposed as the Colorado River and its tributaries cut through layer after layer of sediment as the Colorado Plateau uplifted.

Arizona is home to one of the most well-preserved meteorite impact sites in the world. Created around 50,000 years ago, the Barringer Meteorite Crater (better known simply as “Meteor Crater”) is a gigantic hole in the middle of the high plains of the Colorado Plateau, about 25 miles (40 km) west of Winslow. A rim of smashed and jumbled boulders, some of them the size of small houses, rises 150 feet (46 m) above the level of the surrounding plain. The crater itself is nearly a mile (1.6 kilometers) wide and 570 feet (170 m) deep.

Arizona is one of two U.S. states, along with Hawaii, that does not observe Daylight Saving Time, though the large Navajo Nation in the state’s northeastern region does. 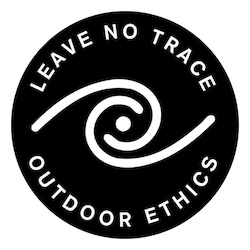 Chris & Mary journey the backroads of #Arizona to discover the parks, shops, food, events, music and people of their new home state. #CowboyUp

Now Playing on the @ArizonaPodcast! It's like a k

Mary, my beautiful Bride, my love, my life, my cop

Now Playing on the @ArizonaPodcast! We spotlight